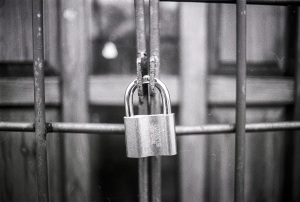 For the last several years my wife and I have marked the passing of one year into the next with a quiet dinner, sometimes with friends, sometimes just the two of us, followed by an 11 p.m. organ concert at St. Bartholomew’s Episcopal Church here in New York City.  The program for the concert varies from year to year, except that the final piece is always Fanfare for the Common Man, accompanied by timpani and gongs.

Fanfare for the Common Man was etched on my consciousness when it was played as the postlude at our church on the Sunday following September 11, 2001.   I’m sure I’d heard it performed before, but for me it is forever associated with 9/11.

Since 2001, my reaction to the Fanfare has evolved.  I still think about the thousands who perished on 9/11 whenever I hear it played.  But, I also find myself reflecting on the challenges faced by so many in ways that most never even know.

This year I was thinking about Shannon Mulcahy.

Ms. Mulcahy was featured in Michael Barbaro’s brilliant podcast, The Daily, earlier in 2017.  Michael took the week off between Christmas and New Years Day and as a result the episode with Ms. Mulcahy was replayed and updated.  Thus, she was at the forefront of my mind on December 31st.

In many ways Ms. Mulcahy’s story is a familiar one.

To make matters even more heartbreaking, the severance offered to the soon to be laid off workers is contingent on them training their replacements from Mexico, who are brought to the factory for several months before it closes.

Many workers struggle with this.  Ms. Mulcahy doesn’t have that luxury. She has a daughter who wants to go to college.  She has a mortgage.  She has car payments.  She has a disabled granddaughter.

Ms. Mulcahy is assigned a young Mexican worker who seems shocked to learn that he and his co-workers are taking the jobs of the American workers.  She builds a relationship with two of the Mexican workers, realizing that they are only trying to do what she wants to do: take care of their families.  She trains her replacements as she would a colleague.

According to the New York Times, one of the Mexican works says: “My friend tells me that the reason a lot of people don’t like us is because we’re taking their jobs.”

To which, Ms. Mulcahy replies: “I’m not mad at you.  I’m happy that you get the opportunity to make some money. I was blessed for a while. I hate to see it go. Now it’s your turn to be blessed.”

This year, as I listened to Fanfare for the Common Man, I thought of Shannon Mulcahy.