Several years ago our daughter talked us into hosting an Oscars night party.  We were initially reluctant.  Now it’s a thing.

We think up a thematic menu to serve, distribute ballots to our guests, award points according to categories, and then at the end of the evening award a mini-Oscar trophy to the person who wins the most points by predicting the most winners in various categories. 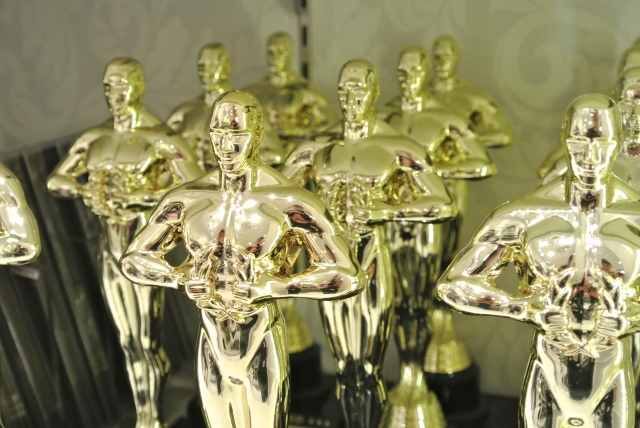 However, the party gives me a great excuse to go to the movies.  I’ve been working my way through all nine films nominated for Best Picture.  So far this year, I don’t see a clear stand out.

That said, there are some extraordinary individual performances, particularly amongst actors depicting parents.

Lady Bird takes a “coming of age” narratives and does interesting things with it.  The dramatic tension in Lady Bird derives from the struggle of the central character, Lady Bird, to separate and define herself in opposition to her parents and community.  The relationship between Lady Bird and her mother is fraught.  Laurie Metcalf, playing the mother, embodies the love and loss one feels as a child grows and separates. Although ultimately reconciled, it is a painful journey for everyone involved.

Three Billboards Outside Ebbing, Missouri explores the power and pain of parental love, set in a revenge narrative.  Mildred, played by Frances McDormand, is consumed with rage as she sets out to avenge the brutal rape and murder of her daughter.  Absent a perpetrator, she sets her sights on the local police and their indifferent approach to solving the crime.

Although not nominated for Best Picture, I, Tonya, features a tour-de-force performance by Allison Janney, playing Tonya Harding’s mother.   In this story, the power of familial relationships is toxic.  Neither Tonya’s mother nor her husband is her friend—notwithstanding their protestations to the contrary.

Call Me by Your Name, like Lady Bird, is a coming of age film.  However, it takes a different tack.  Here the dramatic tension comes from the inward journey of the main character, Elio, as he seeks to emerge from childhood and explores the joy and loss of mature love.  That Elio’s primary love interest is also man is almost (but not entirely) incidental.  Here Elio’s parents provide love and support throughout his journey.  Near the end of the film, Michael Stuhlbarg, playing the father, delivers one of the wisest parent-child talks I’ve ever seen in life or fiction, counseling his son to find pleasure in his grief at the departure of his friend, as true love is rare.

Each of the parents depicted in these films touched and moved me—even Tonya Harding’s mother, believe it or not.  It is a joy to watch some extraordinary actors using their gifts in powerful ways that give insight into the pleasure and pain of parenthood.

And so the Oscar goes to… (drumroll, please) …the parents!